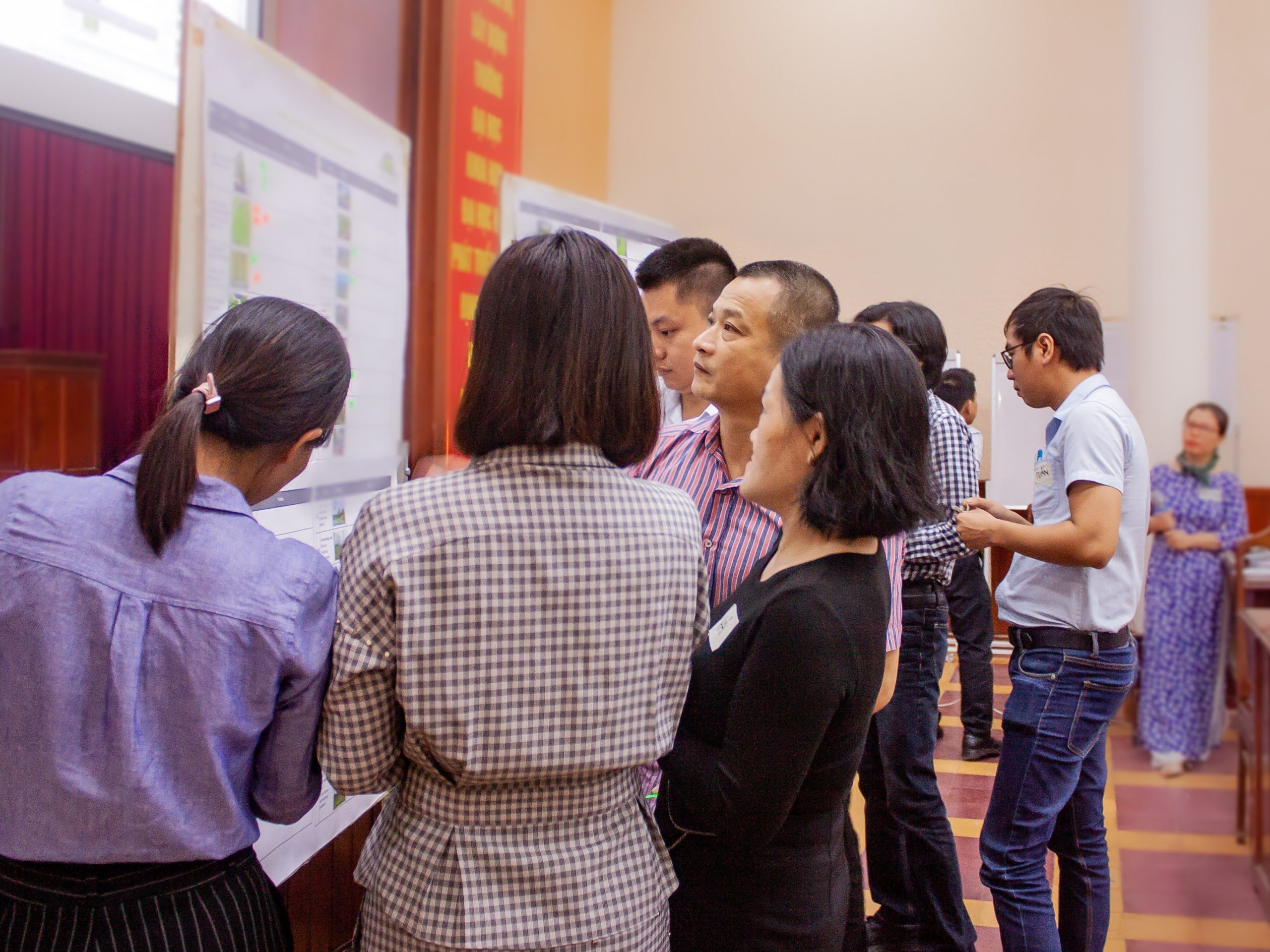 On 31st October, 2020, the GreenCityLabHuế project organized the first stakeholder workshop to discuss the scenario development for the implementation of nature-based solutions in the city of Hue. The workshop was organized with the technical guidance from the Humboldt-Universität zu Berlin (HUB) and the Independent Institute for Environmental Issues (UfU) and hosted by the Vietnamese partners, the Mientrung Institute for Scientific Research (MISR), the Thua Thien Hue Institute for Development Studies (HueIDS) and the Faculty of Architecture, Hue University of Sciences (HUSC), at the A1 Auditorium of the Hue University of Sciences.

In the workshop 20 stakeholders from different relevant institutions and organizations in Hue participated: the Department of Planning and Investment, the Department of Agriculture and Rural Development, the Environmental Protection Agency-DONRE, the Land Administration officer of Huong So ward, the Greenery Company, HEPCO, HueWaco, the Hue Monuments Conservation Center, the Institute of Construction Planning, the Faculty of Environmental Sciences –HUSC, the Faculty of Land Resources and Agricultural Environment-Hue University of Forestry and Agriculture, the Elderly Association, the Institute of Resources and Environment-Hue University, the Institute of Public Health Research, the Happiness School Programme, the Ho Chi Minh Communist Youth Union, the Beekeeping Association, and some young people living and working in the city of Hue.

At the beginning of the stakeholder workshop, MSc. Hoang Thi Binh Minh (MISR) and Dr. Nguyen Vu Minh (HUSC) presented some key results of the definition phase of the GreenCityLabHuế project, including (1) Benefits of NBS for the city of Hue, (2) a typology of GBI elements and ecological performance, (3) a categorization of land-use classes and an inventory of GBI, (4) documents addressing the development of Hue city towards a central government city, (5) documents addressing climate change adaptation and mitigation of the Thua Thien Hue Province, (6) a map of key actors for NBS development in Hue city, (7) and an evaluation of the awareness of climate change and social aspects for NBS in Hue city. The presentation was followed by several discussion rounds were these questions were addressed:

The stakeholder workshop forms part of the co-design and co-learning process to develop future scenarios for green and blue infrastructure development in Hue. It is crucial to adapt important steps of the modelling process to local conditions, and to select the sites for nature-based solution (NBS) modelling at site-level in the following research and development project phase. The team of the GreenCityLabHuế project would like to thank all stakeholders for their support and contributions. 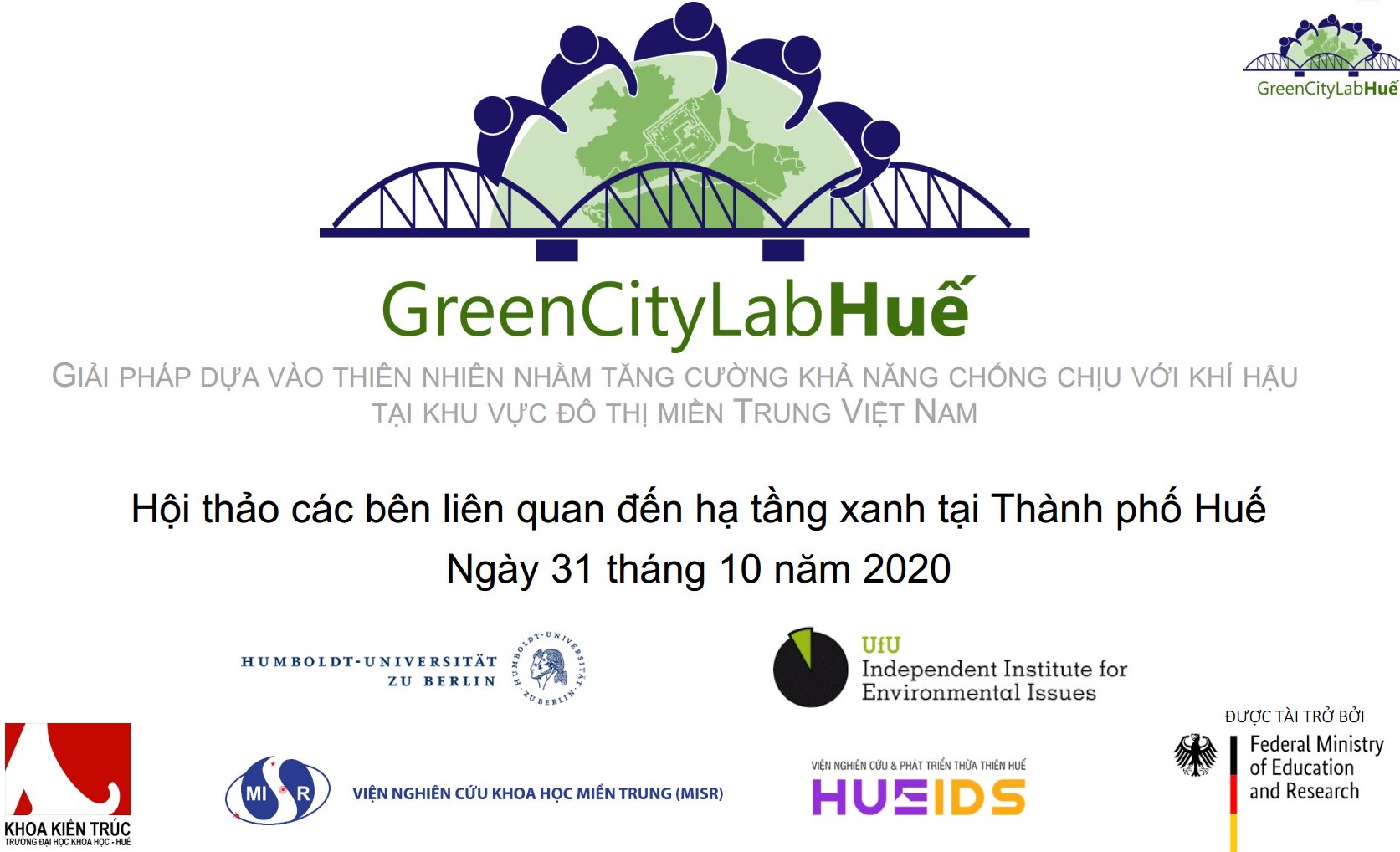 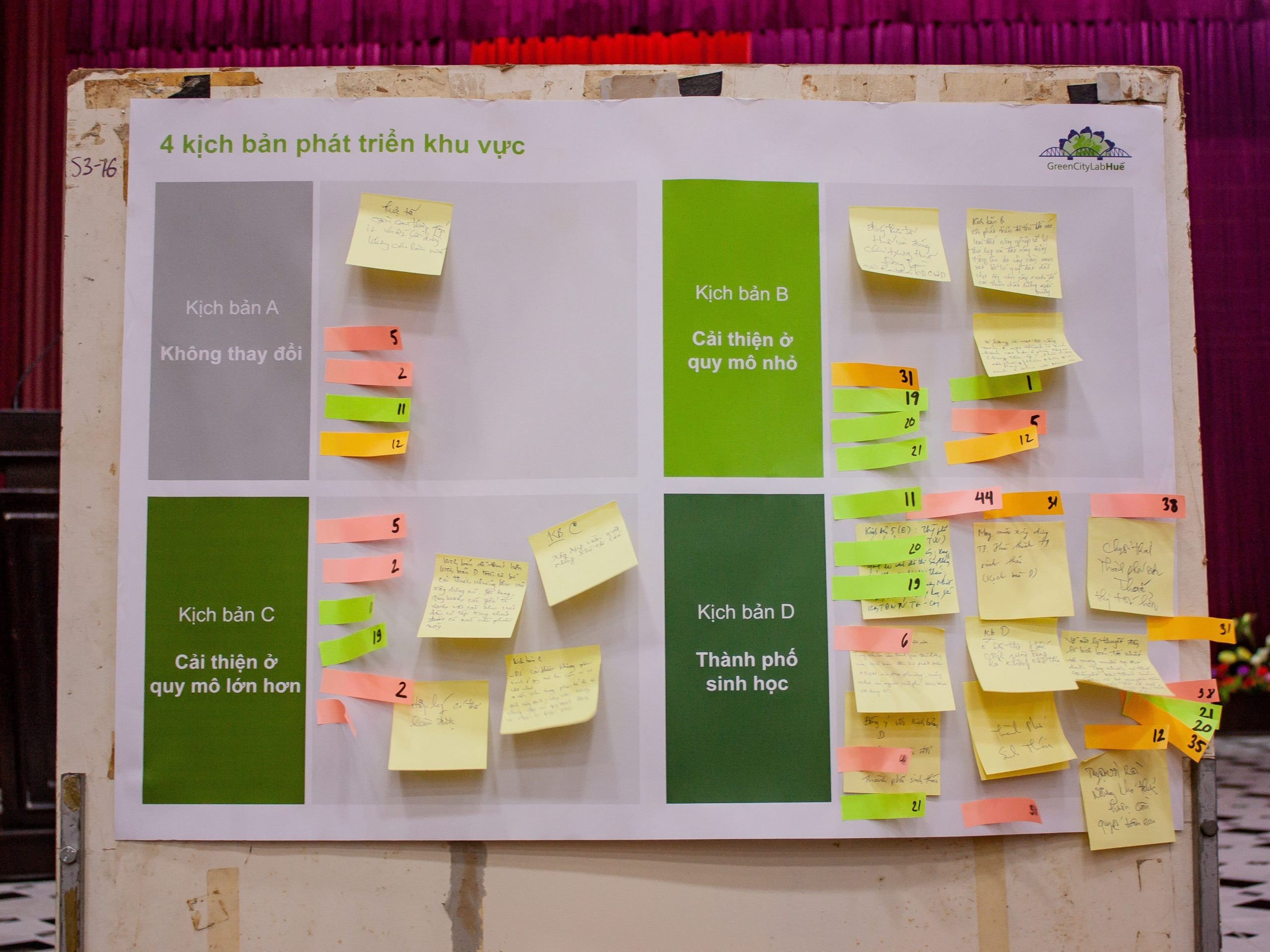 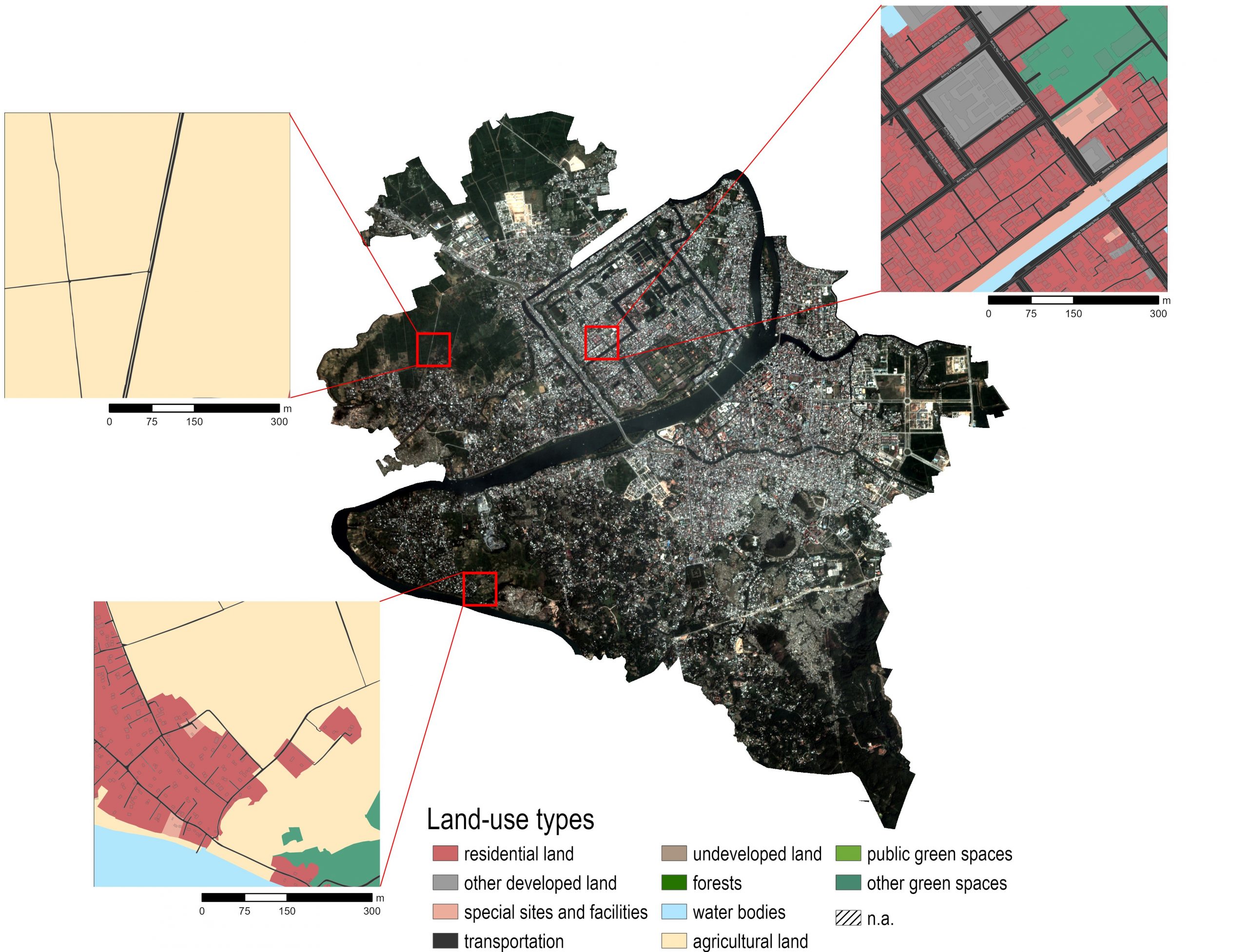 Sites selected by stakeholders for further GBI development in Hue